What is 'Kitsch'?
The word 'kitsch' only became familiar to me after Dr. Ray mentioned it during lecture class. Basically kitsch refer to tawdry, vulgarized, or pretentious art, literature, etc, usually with popular or sentimental appeal and in the perspective of art 'kitsch' is a form of art that is considered an inferior, tasteless copy of an extant style of art or a worthless imitation of art of recognized value.

Kitsch happens in Malaysia too?
During the last few lecture class we were discussing about Egyptian and Greek culture that influence us especially in the aspect of architecture which is more easily to be found around us. Does it really means a lot to us like those Egyptians or Greeks?or just a simple decoration. Does this applies the theory of 'Kitsch'? Images below are the type of houses that we can easily found around us. 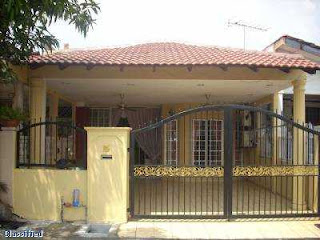 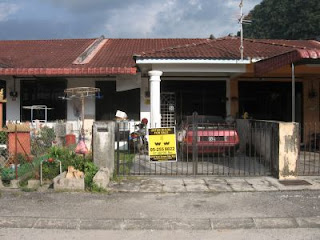 Greek column elements also applied in these houses but most of them are just as decorative without any special meaning. I don't think so they build the column is because of the greek culture or what, it might be they just simply follow the trend. I saw many of this greek column design in my hometown and sometimes i wondering why they want to put it there while the overall style is not matching. Thus, it makes me feels like the column is just purely focus on the design and not the content or culture of Greek or egyptian culture.
Posted by cavynhoe at 06:32